Posted by Logocentric on Dec 10, 2009 in Futurism, Philosophy, Transhumanism, WAR

From a recent paper on technology and post-World War II youth.

The concern of young people with twentieth-century technology, particularly its use in the conduct of war as well as the civilian applications of such technology, deserve renewed attention. The specter of what Jacques Ellul in the early sixties called “biocracy”—the complete assimilation of people into a technocratic, efficiency-oriented society—provided but one point in a growing discourse about possible futures for the first postwar generation. More realistic, if equally unsettling, was the technological fact into which that generation had been born. If humans created a weapon powerful enough to kill everyone on earth practically overnight, they also created a need to live with that fact, however disturbing or absurd. It is hard to estimate the effects such a fact produces on the psyche—how the young imagination forms under a desk or during a civil defense film. It would be equally hard to explain exactly how young people sought meaning in such a world or why some became enamored, fairly early on, with one or another idea about what to do with that technology; or why others came for a time, in extraordinary numbers, to completely distrust authority. But these things happened. It does not seem necessary at this point to explain exactly why a frank discussion of this topic would be of utmost importance. 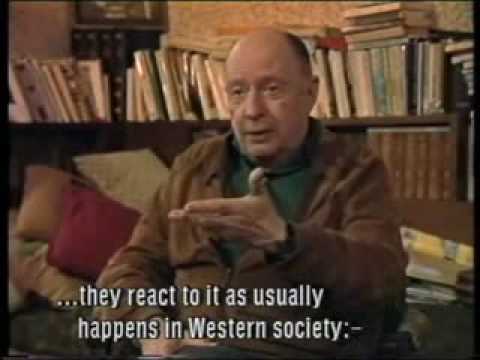