Akbar’s Facts #2 – Variety is not Freedom. 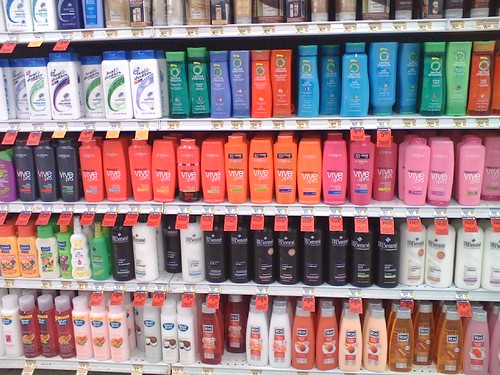 VARIETY IS NOT FREEDOM (THE SHAMPOO BOTTLE PRINCIPLE)

At a certain point a variety of choices becomes oppressive. The adherence to freedom as a primary virtue, and the subsequent inflation of choice, allows for the blooming of mediocrity and thus leads to a lack of inspiration in society.

In an information age, the management of data has become a tiresome task, rather than an exciting new journey into a world of virtuality and play.

Like all blooms of variation, at some point the environment loses its sustainability and a great extinction takes place, allowing the most fit organisms to finally thrive. This is coming for the internet, for our social structures. It is not the result of a revolution or a conscious movement, rather it will occur in response to a falling level of enthusiasm.

Those entities who will survive this epochal change will be those who operate within a set of principles that serve the needs of society. This demands either consciousness or luck. For the internet and the data flow that represents the new governing structure of our planet exists to serve. In fact, the physical objects that contain this virtual planet are called ‘servers’. When one forgets this elemental force that drives the machine, then one is most likely not going to survive. Serving one’s society requires the ability to discern the needs of one’s fellows, to have creative ideas to meet those needs, and to have the generosity of spirit that guides dedicated action.